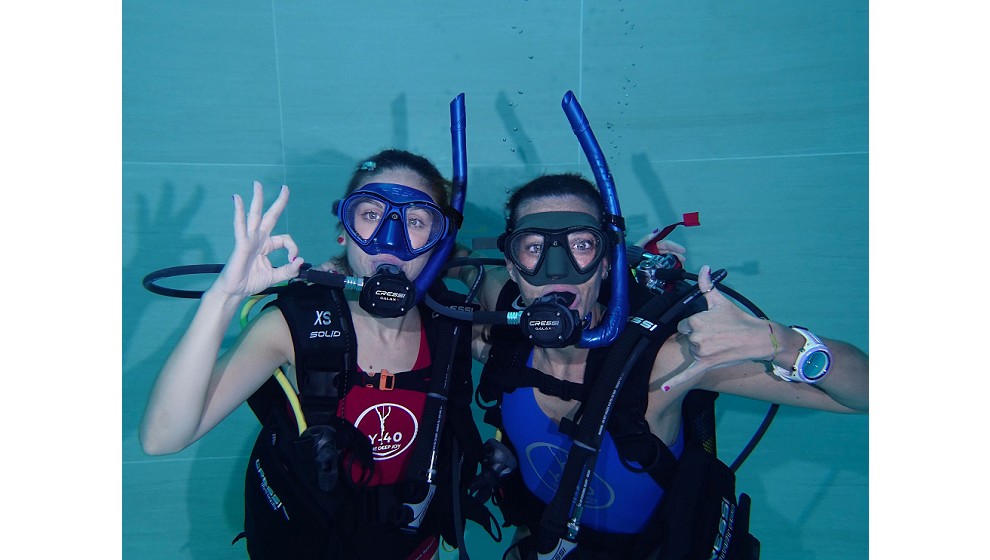 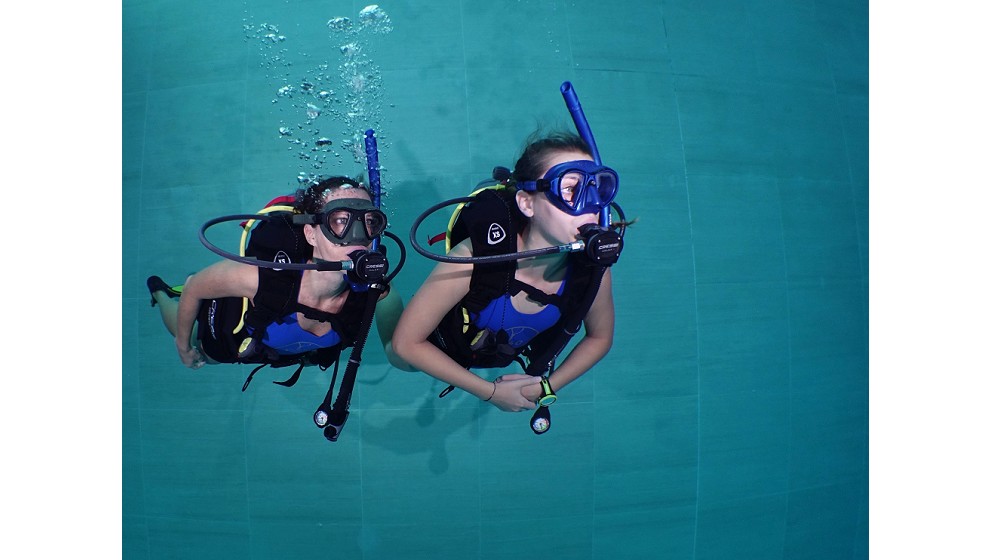 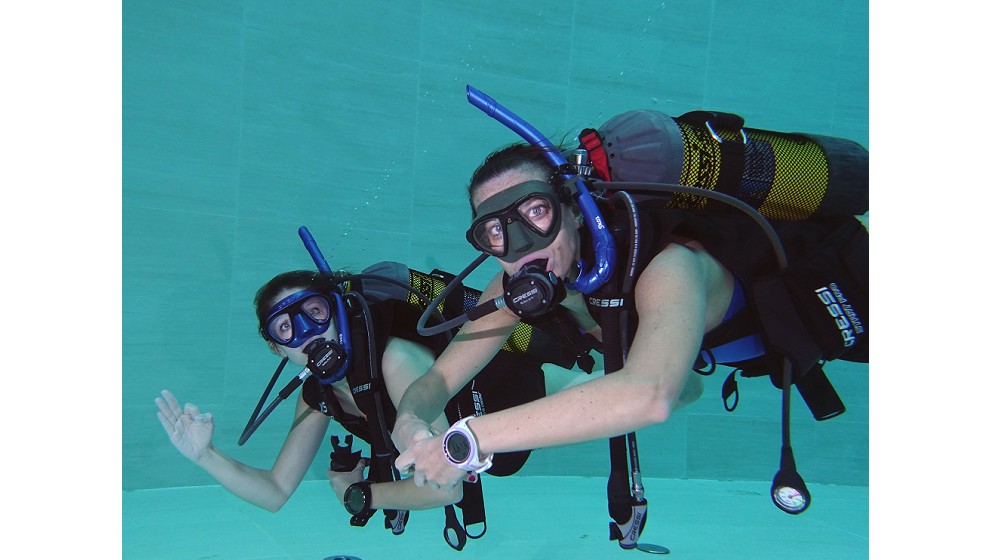 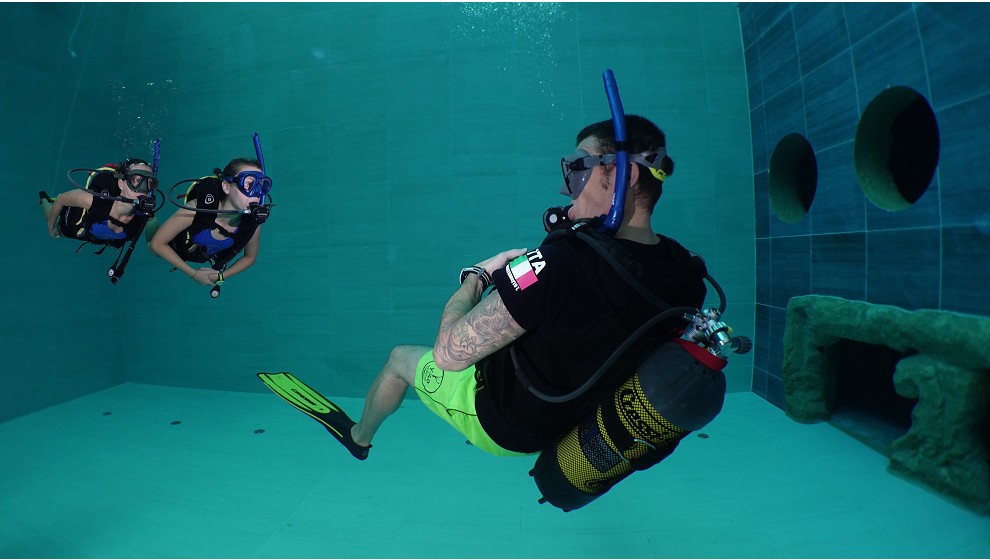 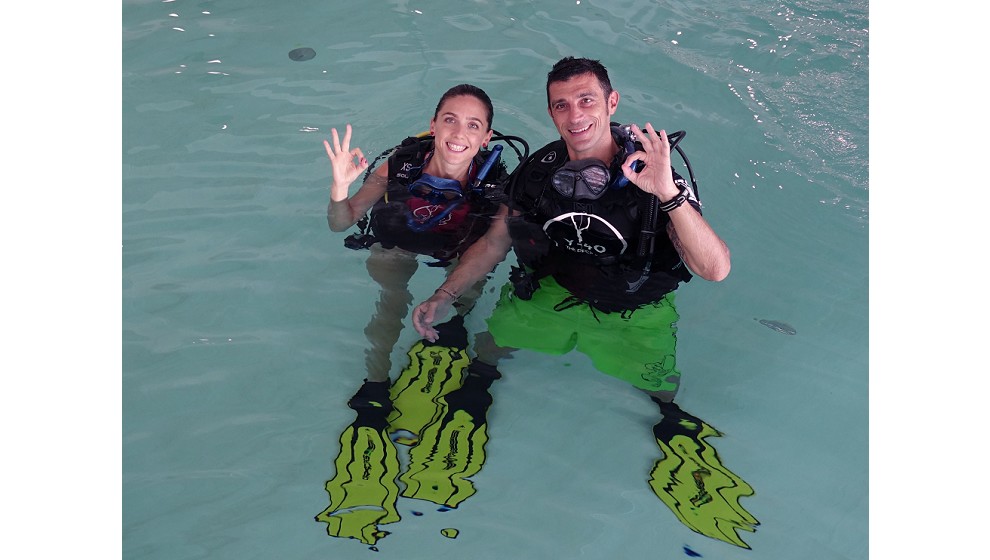 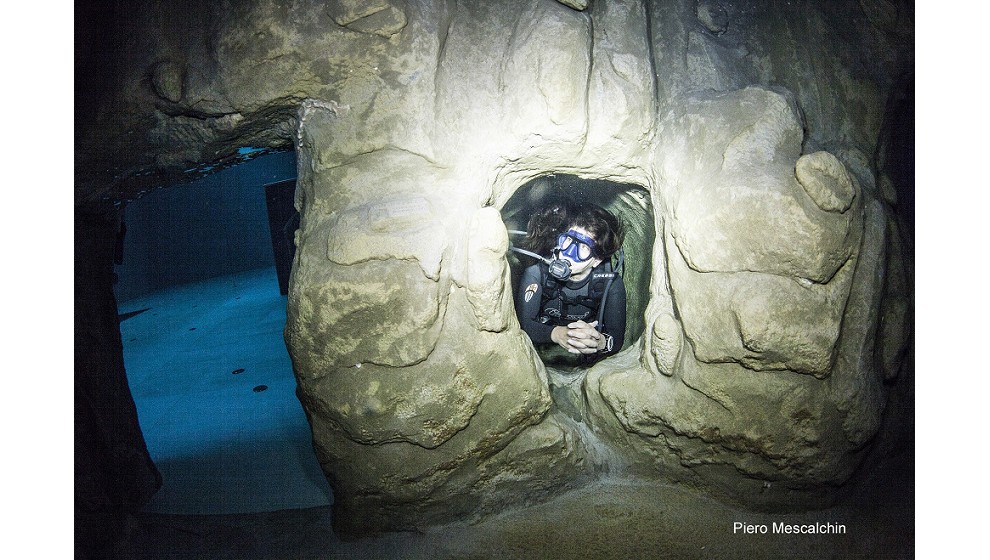 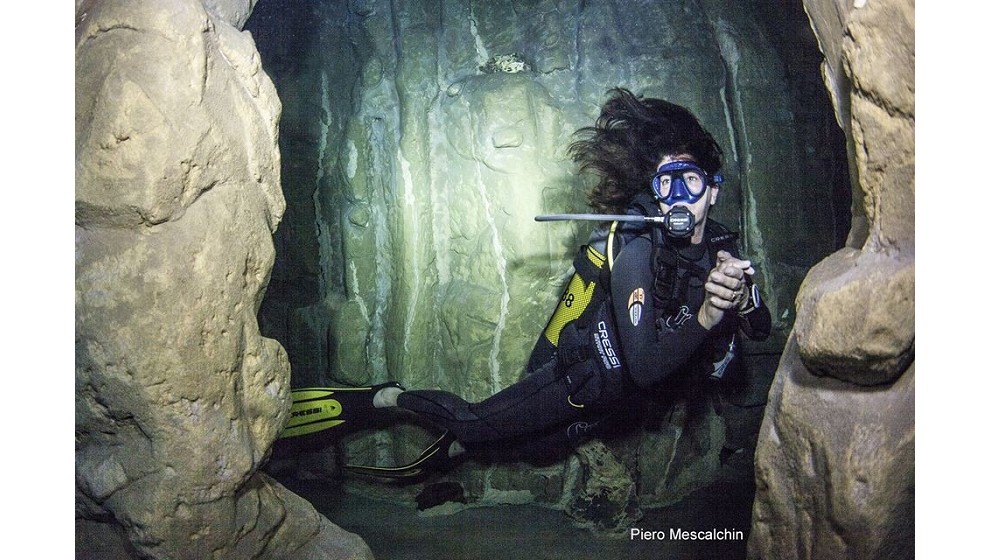 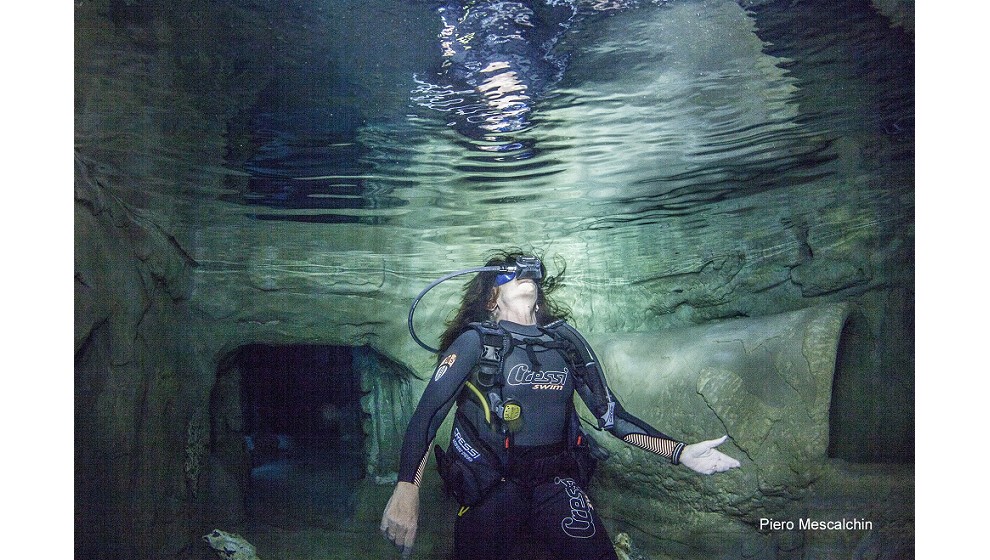 The Italian project.
The world’s deepest pool. The only one with thermal water.
The Guinness World Record

On the 5th of June 2014, in Montegrotto Terme, Padua, half an hour from Venice, the deepest pool in the world, Y-40® The Deep Joy, opened and became the first and only facility for divers with thermal water. A project and realization completely Italian, with the contribution of expert professionals in the underwater disciplines and the integration of ideas and experiences verified with the final users through focus groups and meetings.

A facility open every day for 11 months a year, also thanks to the temperature of the thermal water (32°/34°C), which allowed to de-season free and scuba diving in Europe and made it possible for everyone to practice such activities at any time of the year.

The Guinness® World Record on the opening day, June 5 2014, recognized it as the deepest pool in the world.

A MASTERPIECE OF ARCHITECTURE AND ENGINEERING

Y-40®, planned and designed by the architect Emanuele Boaretto and realized in a year by the Boaretto Hotel Group, is an architectural masterpiece, for its technical attention to the environment, to the history and beauty of the landscape. It is an engineering masterpiece, for the ability of professionals to solve every new problem under construction.

30 Italian factories involved in this project

600 people who worked at the building

9 days to fill up the pool

60 m underwater-caves system for every level of courses

13 m length of the transparent tunnel suspended into the water

100.000 people tourists and divers visit the structure every year

20% visitors are foreigners, with a large part from Eastern European countries

A GREAT OPPORTUNITY FOR THE TERRITORY
Y-40® is located in the park of the Hotel Terme Millepini, a four-star hotel with thermal pools and SPA, which since 1978 has been one of the 90 thermal-spa facilities among the Euganean Spas.
In this area at the foot of the Regional Park of the Euganean Hills, in Montegrotto Terme (Padova), the rainwaters from the Lessini Mountains meet the Euganean Hills of volcanic origin, and re-emerge at 87°C, after centuries of long flow in which they gain heat and mineral salts.
Thermae Abano Montegrotto are known as the first area for preventive health in Europe, thanks to the salso-bromo-iodic water lowered to a temperature of 36°C and recognized as painkiller since Roman age, that left many archaeological remains in the city center.
These waters, also precious for the maturation of the only thermal mud, protected by the European Patent for its effectiveness, which is stronger than that of cortisone, are used in balneotherapy, mud therapy and inhalation therapy affiliated with the National Health System.
This is the very precious resource in which divers and freedivers dive in Y-40®, at a temperature of 32°/34°C, which permits to spend the time in a swimsuit, without wearing wetsuit.

OPEN LAB
Y-40® is giving an important contribution to universities and centers of scientific and medical research that can carry out studies, in optimum conditions, on the pressure exerted by water on the human body.
Since the opening, the most important centers of diving and hyperbaric medicine, also from the United States, Northern Europe and South Africa, have conducted experiments for their activities in Y-40®.

STUDIO: ART ATELIER, PHOTO & VIDEO SET, EVENT ARENA
Y-40® presents submerged and non-submerged spaces, unique and useful to become the scene to fill during photo and video shooting or events.
The pool has the width of a movie set, with different platforms at different depths, underwater stereo system, many hooks in the water and beams outside. It can create many scenes and settings thanks to the positioning of lights or special effects.

POOL OF FAME
Y-40® is considered the most important pool for freediving activities all over the world, so the most renowned freedivers who conquered records have dived into it, since the opening.
Many Olympic champions have visited Y-40® or had freediving experience.
Also Italian VIP dived in Y-40® and cultural and entertainment Italian personalities visited Y-40®. 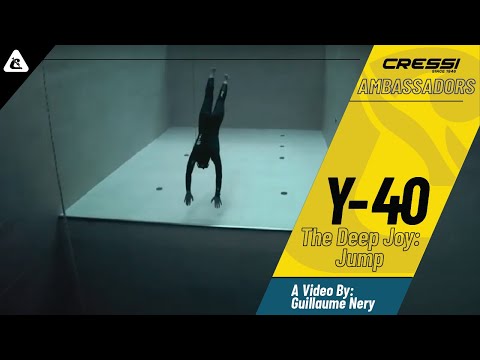 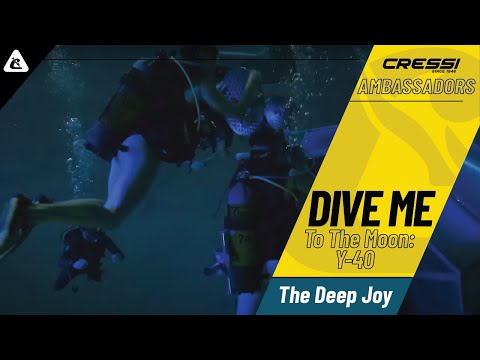 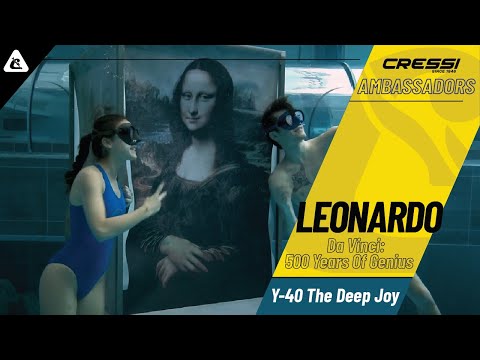